Aside from the €20,000 winning prize, Rumpf was also invited to show his work at the Mercedes-Benz Fashion Week, an event held in Berlin.

Rumpf’s collection has a fairy tale concept which is evident in his use of extravagantly draped fabrics and angular silhouettes. The story revolves around a boy who lived his life in the forest and was faced with many struggles who later found out that he was a long-lost prince. Each piece in the designer’s collection tells a fragment of the story.

Rumpf’s own life inspires the runway story. He came from Styrie, a province in Austria, and moved to the city where he dealt with many struggles as he adapted to his new life.

Rumpf is known for integrating storytelling in his collections. During a show in Berlin, he launched his first collection for women that represented an established and sophisticated lady which is very much unlike the very first character he created.

Sustainability is also one of Rumpf’s advocacy.

Nearly 90% of his collection were made from recycled materials, while all the new fabrics he used were those that were pulled-out from stores because of low sales.

The accessories were also crafted from a chandelier that Rumpf found in a flea market.

Rumpf is working on the debut collection of his own label which is expected to be released next year.

Rumpf believes that his passion for his craft, his team, and his resources can help him succeed in the competitive world of fashion.  He does not intend to rush things, that’s why he still chooses to attend Vienna’s University of Applied Arts. Rumpf tells aspiring designers to strive to work more diligently than others. 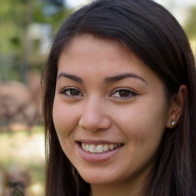 ABOUT US
Welcome to My Lifestyle Blog Uncovering Fashion, Beauty, Watch and Fitness!
Contact us: [email protected]
FOLLOW US
© Copyright © 2020 Susan Miller - A LifeStyle Blog
We use cookies to ensure that we give you the best experience on our website. If you continue to use this site we will assume that you are happy with it.OKPrivacy Policy